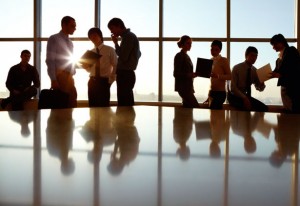 Drugs entering the workplace is a recipe for disaster. Bringing drugs into the workplace is unethical on many levels for the destruction and havoc that it wreaks. There are beneficial prescription drugs that contribute to the workplace by making employees more mentally sound and physically comfortable, but recreational drugs can do nothing but damage in a workplace. The idea of doing drugs at work may seem preposterous to some but sadly it happens more often than people realize. It is found in every level of professional work place as well, from blue collar positions to executive positions. When drugs are brought into the workplace, everybody suffers.

The productivity of the workplace is brought to a screeching halt by the presence of drugs. Drugs do a number of things to people, but making them productive is not one of them. Drugs that are depressant in nature, such as marijuana and opiates, are hallucinogens and downers. They slow a person's processing power down and put them into some level of a dream state. Obviously, work cannot be done in this state. Stimulants, such as meth and cocaine, are often incorrectly thought of as substances that make people more productive. After all, coffee is a stimulant. This belief is incorrect, however, as these drugs give a person too much adrenaline and cause bad decision making. Every type of recreational drug is bad for workplace productivity.

Recreational drugs also put people in danger in the workplace. The drug user and everyone around them are put into peril by the erratic and unpredictable nature of a person under the influence of drugs. Even those who claim to be functional drug users are less functional than they normally would be. Drugs make people less coordinated, less predictable, less stable and less able to make decisions. Even in a workplace that is void of manual labor, there are still plenty of ways that a person on drugs could injure themselves or those around them. Taking drugs in the workplace is never a good decision, but many people on drugs are struggling with addiction and substance abuse and simply need help. To learn more about addiction treatment for working professionals, contact a professional drug rehabilitation facility or an executive alcohol addiction treatment center as soon as possible.